All Hail the Water Rats.

I have been seriously slacking on the blog front so far this year. Sometimes life gets in the way of things we do for fun, I guess. But then I came across a secret society in a Peter Lorre biography and had to investigate.

The pin each member wears

Their motto is "Philanthropy, conviviality, and social intercourse". Formed in 1889 by music hall performers Joe Elvin and Joe Lotto, the two began with race track winnings to form a society that supported local up-and-coming artists and gave them a forum in which to perform, assisting in funding, bookings, and publicity. 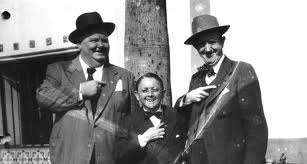 
According to past King Rat Charlie Chester, It all started with a pony named Magpie. Upon Elvin and Lotto telling of a run in they'd had where they were walking one of their race horses home in the rain where a passing bus driver had commented that it looked more like a water rat, friend Hal Pink proclaimed:

'That's it ... that's what we've been looking for ... Water Rat ... the most unloved little creature of all ... and we'll make it respected. Don't you see', he went on, 'if you turn the word Rats backwards ... the word Star is revealed ... we'll elevate the lowest to the highest in the firmament of good fellowship and charity. A Rat is a Vole and Vole is an anagram of Love and that's what we'll be ... a Brotherhood of Love.' So, in the summer of 1889 they went to a pub in Sunbury on Thames and formed The Grand Order of Water Rats, and to this day that pub has a plaque to commemorate the event. The name of the pub itself was taken from the little pony and called - 'The Magpie'.

There can only be 200 members at a time. Getting nominated to join is a delicate and arduous process where a person has to be voted, seconded, and agreed upon by the other Rats. They have a full government set up within the Order, and there is a secondary group of companion rats who, while not actually in show business, have been allowed to join as an outsider for their support to the group or the arts. 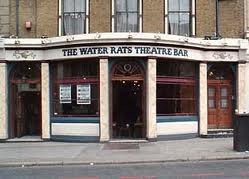 Where the Rats congregate today

I find it fascinating that this order has been around for so long, with such huge names, and such little attention. Maybe they are a big deal across the pond. I hope they are. I had never heard of them, but am glad to have stumbled on a neat part of entertainment history. A charity formed by entertainers for entertainers. Similar to what Pickford and the rest of the original United Artists folks set up with the Hollywood fund and Hollywood Home, but apparently not corrupted by modern greed.

You can learn more about, or support the order, at their site here: http://www.gowr.net/index.html 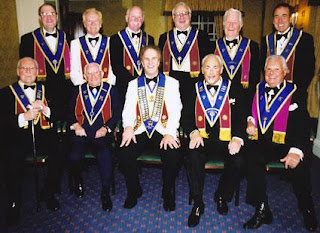 2002 Photo of past and current King Rat.

Posted by WhatHappnd2Hollywood at 11:12 AM 4 comments